Presbyopia is the decline of the ability of the eye to accommodate (to see clearly  at short distances)after the age of 45 and affects all people, regardless of their distant prescription. Even myopes develop presbyopia after the age of 45 (this is easily demonstrated if they try to read while wearing their distant prescription). The most common and well-known symptoms are progressive difficulty in reading,either in print or on screen.

Presbyopia is corrected with spectacles (or contact lenses) for near. Surgical correction of presbyopia is possible:

In monovision,  one eye is corrected to plano (zero) while the other to about -1 or -1.5 (ie. is left slightly shortsighted on purpose). Thus the brain unconsciously uses the eye that has been corrected to zero for long distances, while the other eye is used for short distances. This “equals” presbyopia that develops after about 45 years and people don’t need specs at all.

Monovision is a good choice for peoplewho don’t like to wear specs after 45. However, not all people are suitable for monovision. There are special tests for your chances of being successful  with monovision, that will be done during your examination.

Both types of intraocular lenses have possible side effects. There is currently no technology and no intraocular lens equal to the normal lens of the eye at a young age.

Eyes with multifocal intraocular lenses may see halos around lights (typically in night driving), but even if this happens, the brain usually adapts to it. They may also have reduced contrast sensitivity, ie. ‘dim’ vision in low light, especially at night. 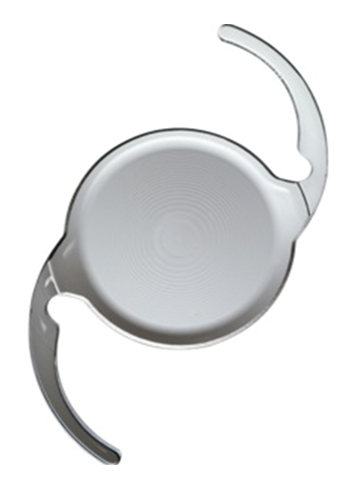 © 2022 Eyedoctorgk. All Rights Reserved By Focus on Web